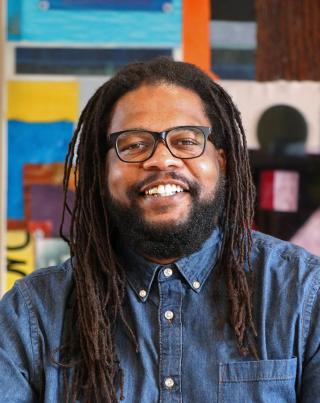 In late April, the U.S. Census Bureau launched the Household Pulse Survey to deliver near real-time data on the impact of the COVID-19 pandemic on U.S. households. The goal is to provide federal and state officials with frequently updated information from households on changes in employment status, consumer spending, food security, housing, disruptions in education, and other aspects of physical and mental well-being.

On May 11th, 2020, the first results of the Household Pulse Survey were released showing that many households in Minnesota have experienced losses in income, deferred some health care decisions, and face growing concerns about food security.

Loss of income from employment

Responses from the first round of the survey (April 23rd to May 5th) indicate that 40% of adults in Minnesota reported someone in their household had a loss in employment income since March 13th. This was 7 percentage points below the nation (47%). The Minnesota number rose in subsequent weeks to 46% by June 25th through June 30th. 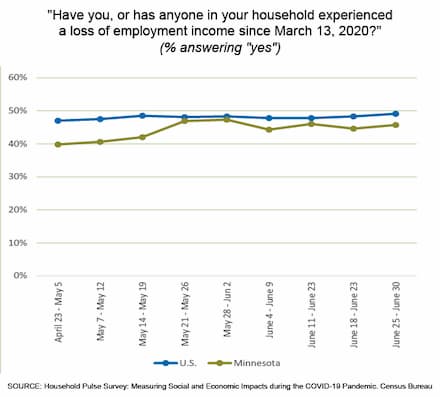 A related measure explores anticipated loss of income resulting from the pandemic. Consumers alter spending patterns based on expected changes in income. For example, if consumers anticipate a reduction in income, they may be less willing to purchase nonessential goods. This affects the entire economy. Moreover, expectations play a central role in our mental health, and uncertainty exacerbates anxiety about the ability of households to safely maintain their quality of life.

During the first week of the survey, 34% of adults in Minnesota reported expecting someone in their household to lose employment income in the next four weeks because of the pandemic. This was 5 percentage points below the nation. By the second week of the survey, 30% of Minnesotans reported anticipating income loss in the next four weeks, 7 percentage points below the U.S. By week three, 35% of Minnesotans anticipated lost income, while the expectation of income loss nationally softened a bit settling at 36%. In week four, Minnesotans were feeling more confident, with 27% anticipating income loss, compared to 35% nationwide. 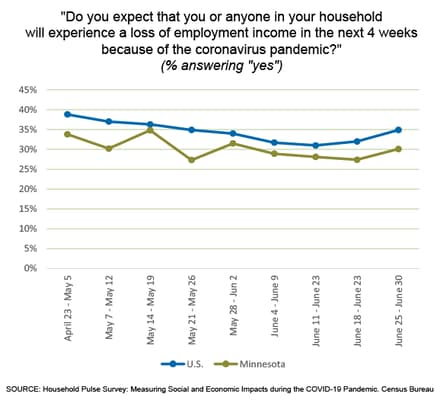 Getting and having enough food to eat was a problem many people experienced long before the current public health crisis. Household pulse survey respondents were asked to characterize their access to food eaten in their homes both prior to March 13 and in the last seven days. Possible responses included: “Enough of the kinds of food I/we wanted to eat,” “Enough, but not always the kinds of food I/we want to eat,” “Sometimes not enough to eat,” and “Often not enough to eat.”
At 8%, responses reporting food insecurity in Minnesota was at its highest since the survey began. 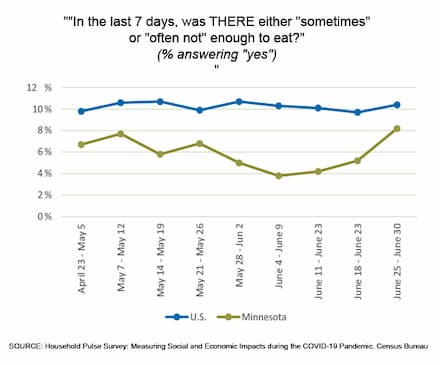 The percentage of adults who reported deferring health care decisions due to the coronavirus pandemic include those who delayed medical attention both for the coronavirus and for non-coronavirus-related health issues. Delays in medical care were, in part, driven by systemic decisions to focus resources on patients suffering from critical illnesses, and public directives to halt elective medical procedures. That said, the decision to seek medical attention is with the individual, and substantial proportions of Minnesotans chose to delay some kinds of medical care due to the pandemic.

April 23rd to May 5th, 42% of Minnesotans decided to delay getting medical care because of the coronavirus pandemic. This was 3 percentage points higher than the nation. By May 7th to May 12th, 43% of Minnesotans reported deciding to delay going in for medical care as a result of the pandemic, 2 percentage points higher than the U.S. May 14th to May 19th, the percentage of Minnesotans reporting they had delayed a medical procedure had fallen to 37%. On March 11th, Governor Tim Walz lifted restrictions on elective surgeries in Minnesota from the earlier need to focus all medical resources on preparing for and treating patients of the pandemic. 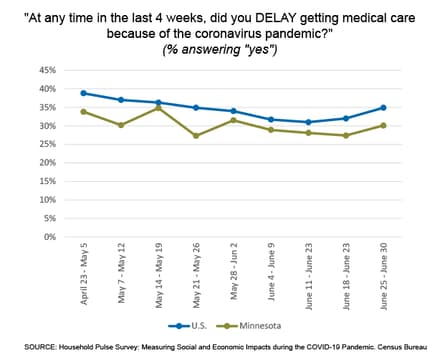 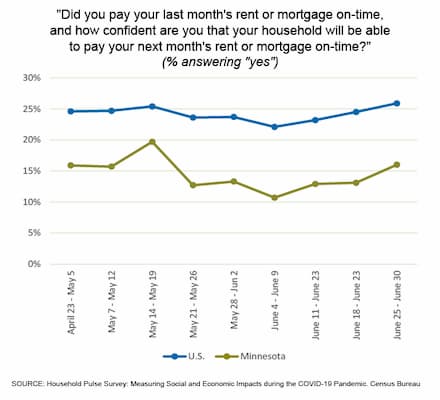 Parents of school-age children were especially challenged in the early months of the pandemic, as some balanced working remotely with stay-at-home orders, school closures, and restless children isolated from classmates with limited opportunity for interaction and socialization outside the home. As parents faced toggling between their professional roles and home-schooling their children, almost all adults in households with children in public or private school reported that classes were taught in a distance learning format, or had changed in some other significant way. 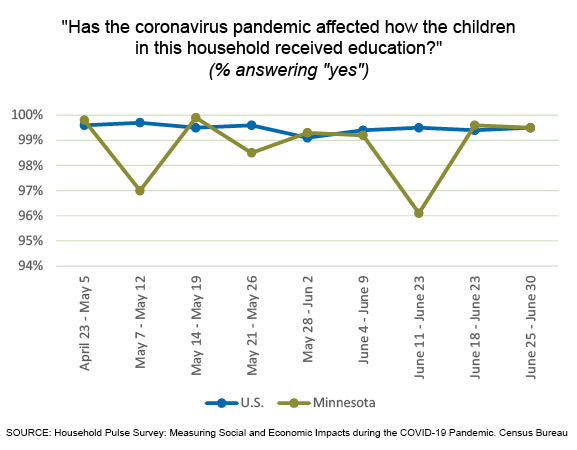 A snapshot in time

Researchers, public officials, and policymakers interested in understanding geographic differences in experiences with the coronavirus and how coronavirus experiences change over time should know that the Census Bureau set out to collect data for 90 days, and plans to release data on a weekly basis. For more about the quality of life changes being tracked by the household pulse survey, visit Household Pulse Survey: Measuring Social and Economic Impacts during the COVID-19 Pandemic.