In honor of Hispanic Heritage month, I dug into our Compass data and pulled out 5 trends I found interesting, and hope you do too!

1. Minnesota's Hispanic population is one of the fastest-growing 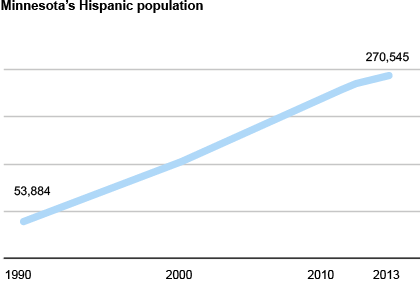 2. As a group, Hispanics are much younger than Minnesota’s overall population, and an increasing share are native born

3. Most Hispanics reside in the lower half of the state

The Twin Cities region is home to nearly 180,000 Hispanics. In greater Minnesota, the highest proportion of Hispanics live in southern Minnesota and central Minnesota, in part, drawn by employment opportunities in farming, processing, and manufacturing plants. 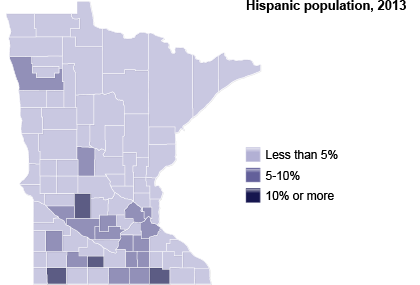 4. High school graduation rates are on the rise, but still low 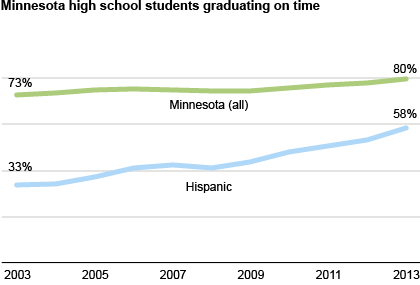 5. A high proportion of Hispanic adults are working, but earn below average

Seventy-one percent of Hispanic adults in Minnesota are working, the 6th highest percentage in the nation, but still 5 percentage points below the share of all adults in Minnesota who are working (76%). And, on average, Hispanics fare far worse when they get their paychecks; the median income of a Hispanic-headed household is $18,000 less than the overall state median household income. About 1 in 4 Hispanic residents live in poverty, more than double the poverty rate for all Minnesotans. 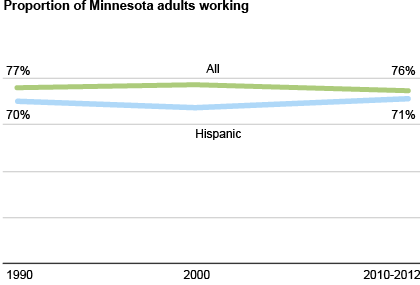