Telling stories by the numbers 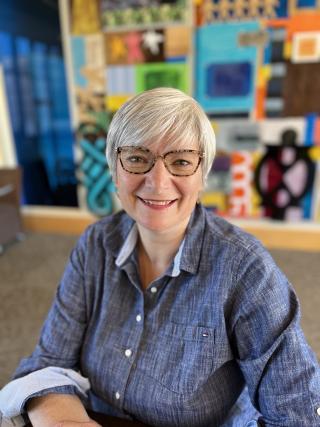 I was never particularly good at Sudoku until the day I found an online version that used colors instead of numbers. It totally transformed the game for me, even though it was played exactly the same way. When a friend told me that she never played Sudoku because she was “no good at math,” I excitedly told her my “aha” moment with the colors. For some reason many of us are afraid of numbers, but those digits take on meaning when you give them a value (my high school algebra teacher would be so proud!).

Something similar happened to me when I joined the Minnesota Compass staff as website coordinator. Minnesota Compass is a social indicators project that measures progress in our state and its communities. When I read that social indicators are “statistical measures that describe social trends and conditions impacting on human well-being,” the lens focused—like my Sudoku revelation. The numbers are representative of the things that we value in our lives, like jobs, education, health, housing, public safety, and transportation. And you can read those numbers like a story—many stories, in fact.

For example, we can plot a line (and we do) that shows the substantial projected increase of Minnesotans age 65 and older in the next 20 years. That line becomes even more significant when it’s put alongside a relatively stagnant line that shows the projected number of school-age children in the same time period. 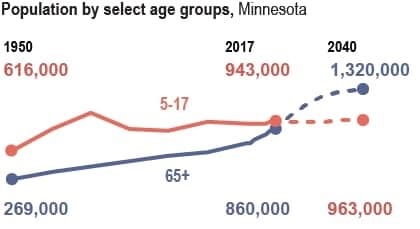 Like a recipe, we can continue to add data until it tells a story that is meaningful to us. Maybe it’s the fact that there will be an even greater workforce shortage than there is now in the coming years. Maybe it’s that, even though housing is scarce in many towns today, there may be a glut of homes on the market in 10-plus years. Or maybe it’s that we won’t have enough workers to provide support for the burgeoning older adult population.

All of these stories are crucial to know. It’s the kind of information that nonprofits, legislators, community leaders and many others use to make decisions that impact those they serve. Thanks to the help of its funding partners, Minnesota Compass provides this valuable data at no cost to users. But we know the Minnesota Compass website isn’t always easy, or compelling to use. That’s why we’re about to embark on a massive redesign to make it easier and more engaging for people to mine the rich data that exist on the site. We hope more people will be able to uncover those social indicators that tell the stories of their neighborhood, city, county, or region, and use them to inspire action.