Why aren’t I represented on Compass?

Anne supports a variety of projects related to Minnesota Compass. Her research interests are in housing, immigration, and environmental sustainability. 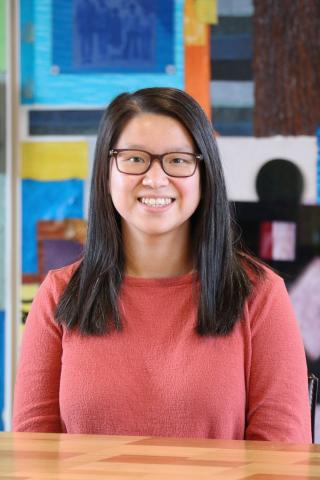 Compass staff are frequently asked by Minnesota Compass users if they can get more data on a specific demographic group not represented on our website. For example, data around sexual orientation, those who speak another language other than English in a community or neighborhood, or a cultural community with a small population are not part of the standard breakdowns that Compass provides.

In this article, I’ll take a look at data reporting standards for all federal reporting, including the American Community Survey (ACS), which is a large source of the data updates on Compass. And I'll explore three things you should know about our demographic breakdowns of data:

1. Census data reporting standards are determined by the federal government

Sometimes, data aren’t collected at all.

There are no questions on the ACS that directly ask about sexual orientation. Recently, we have been able to get some information on same-sex households. In 2019, coupled household response categories were expanded to better understand the makeup of households, which includes both married and unmarried opposite-sex and same-sex couples’ categories. There is still critical information missing, as these data only capture those who identify within the gender binary (“Male” and “Female” on the forms), and couples living in the same household. We are not readily able to see those who are married or partnered with someone who identifies as non-binary, since this is not directly asked on the ACS.

Sometimes, data could be collected “better”

For the standard race, ethnicity, and disability categories, a range of data are collected and reported in Census products. For example, at the federal level, the Office of Management and Budget has outlined minimum standard race categories as:

Compass data have these minimum standards as well. For Compass data standards, we share what we assemble from published tables to ensure that there is consistency across years, and non-suppressed data is presented whenever possible. Where possible, we try to provide more detail around race and ethnicity so that the data more accurately reflect Minnesota’s diverse cultural communities. (I’ll talk about that more later.)

Most recently, there was a push for adding Middle Eastern North African descent (MENA) option into the list of categories available on the 2020 decennial census. Instead of fitting into a “White” or “Black or African American” box that may not represent them, creating a new category tells the story of those from Middle Eastern North African descent. A similar advocacy push resulted in the addition of the “Native Hawaiian or Other Pacific Islander” category.

Additionally, it is important to keep in mind that race and ethnicity are social constructs and do change over time depending on how people identify themselves. This has an impact on how we can monitor changing demographics. For example, since there was no “Native Hawaiian or Other Pacific Islander” category prior to 2010, data that we have after 2010 would not be comparable to previous years.

Explore Pew Research Center's historical timeline of the race, ethnicity, and origin categories used in the U.S. decennial census, going back to 1790.

What census calls us

Disability questions on the ACS look at six areas of possible disability. With the ACS, the disability status is determined by the presence of one or more of these difficulties:

As with race and ethnicity, disability data are collected but may not accurately reflect the full range of people living with disabilities. The American with Disabilities Act (ADA) has a much broader and inclusive definition of “individual with a disability” which includes substantial impairments, not minor, that limit major life activities such as seeing, hearing, speaking, walking, breathing, performing manual tasks, learning, caring for oneself, and working. It also includes a person with a history of cancer that is currently in remission or a person with a history of mental illness, and those who are regarded and treated as those who have a substantially limiting disability. For example, someone in cancer remission would not necessarily be captured under the Census disability status categories.

As these demographic categories continue to change and evolve to better reflect the make-up of those living in the U.S., there are still people who are missed in data collection and data reporting because of how these categories are constructed and aggregated.

Sometimes, data are recoded or aggregated in “unhelpful” ways

For categories such as language spoken and ancestry, the ACS in fact collects really detailed information and then recodes that information into hundreds of categories. In these categories, write-in options allow respondents to best identify their ancestral background and languages spoken at home. For confidentiality and reporting purposes, the ACS recodes these into either a 4- or a 42-language bucket for analysis.

Looking at languages spoken, depending on the size of the population speaking that language at home in the U.S., the level of categorization changes. The basic four-language group classification includes:

While the 42-language category provides a little more detail, more than 1,333 languages are coded into these categories. For example, additional languages under Asian and Pacific Island languages include:

2. Change in data disaggregation is happening…slowly

On Minnesota Compass, we try to address some of these limitations by disaggregating data where we can. Where possible in our charts, we provide detailed information on household type. In 2013 and after, same-sex married couples are included among married-couple families. Additionally, because we are collecting some data ourselves, such as our Who Leads in Minnesota demographics section, we can share breakdowns by sexual orientation.

As community data users, we understand the need to better understand the people and communities we interact with the most. One way to better understand the unique experiences of the many racial and ethnic communities in Minnesota is to look at a combination of self-reported race, ancestry, birthplace, and parental characteristics. In our cultural community profiles, we’ve used the University of Minnesota’s Integrated Public Use Microdata Series (IPUMS) to get data on 27 of the largest cultural communities in Minnesota, including African American, Chinese, Ethiopian, Filipino, Hmong, Indian, Korean, Mexican, Native American, Somali, Vietnamese, and more. Our cultural community profiles are not meant to replace actual data collection that is informed and guided by the community, rather to work with what is publically available to help communities make better-informed decisions.

More comprehensive categories allow for more people to better identify themselves and more questions to be answered. There is also currently work happening at the federal level to revise some of the standards we see today.

As part of Executive Order 13985, the White House Equitable Data Working Group has several recommendations that call for exactly what we’ve been hearing from our users.

Minnesota Compass staff are aware of the stories that are not told because of the way data are collected, analyzed and coded, and disseminated. We are advocating for better approaches to telling inclusive data stories, such as understanding where Census recodes certain tribes or cultural groups, and creating visuals to better tell the story of what we understand. Of course, the solution is not just more data disaggregation. We also need to take a deep dive into understanding the data that we have, acknowledging where people aren’t being counted, and understanding where and why erasures are happening so we can advocate for a more holistic story about Minnesotans.

Additionally, it is important to keep in mind that race and ethnicity are social constructs and do change over time depending on how people identify themselves. This has an impact on how we can monitor changing demographics. For example, since there was no “Native Hawaiian or Other Pacific Islander” category prior to 2010, data that we have after 2010 would not be comparable to previous years.

3. You can take actionable next steps to improve data collection